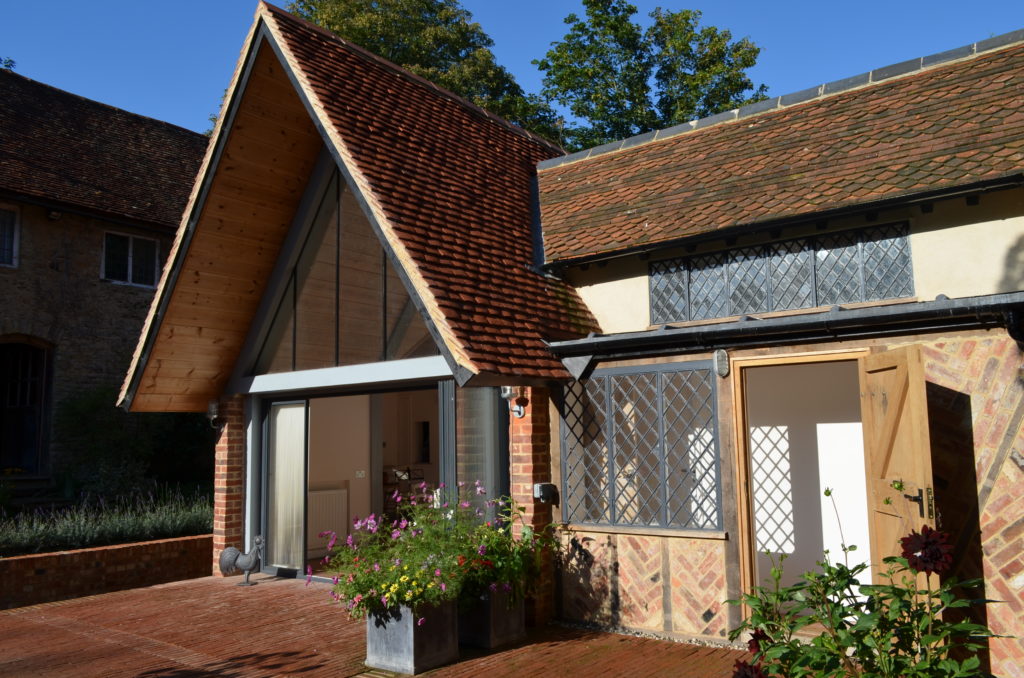 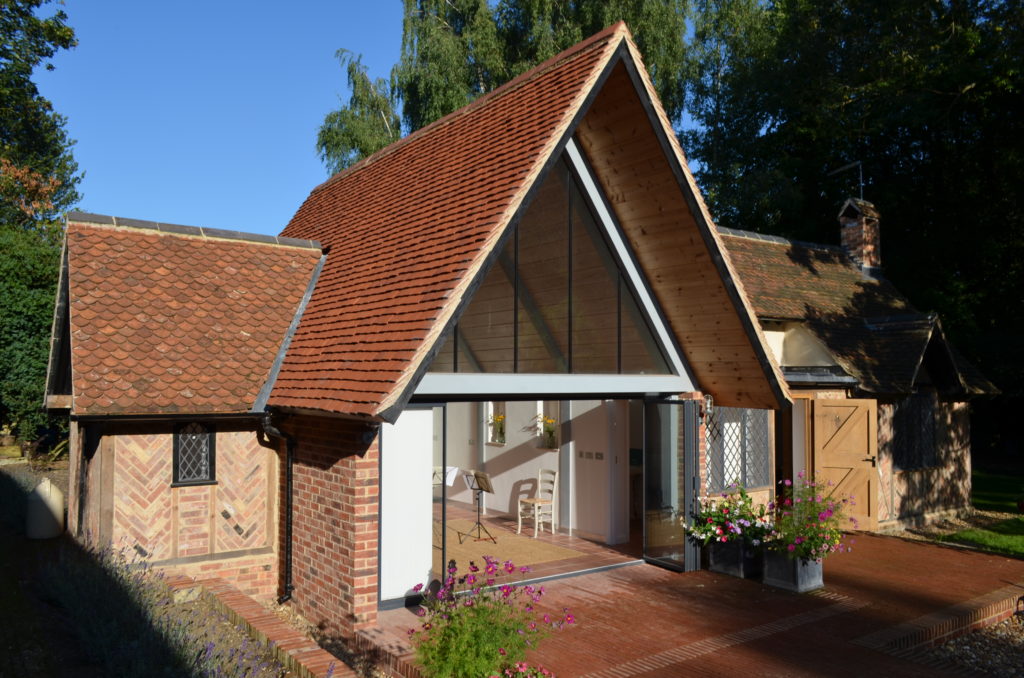 The School Cottage was built in 1861 as a Sunday School for the Bromham Hall estate. The building was well used and as a result extended and adapted until the estate was broken down and sold as residential units. The neighbouring Brew House was purchased by our clients as their family home in 1985 and came with the School Cottage within the garden. 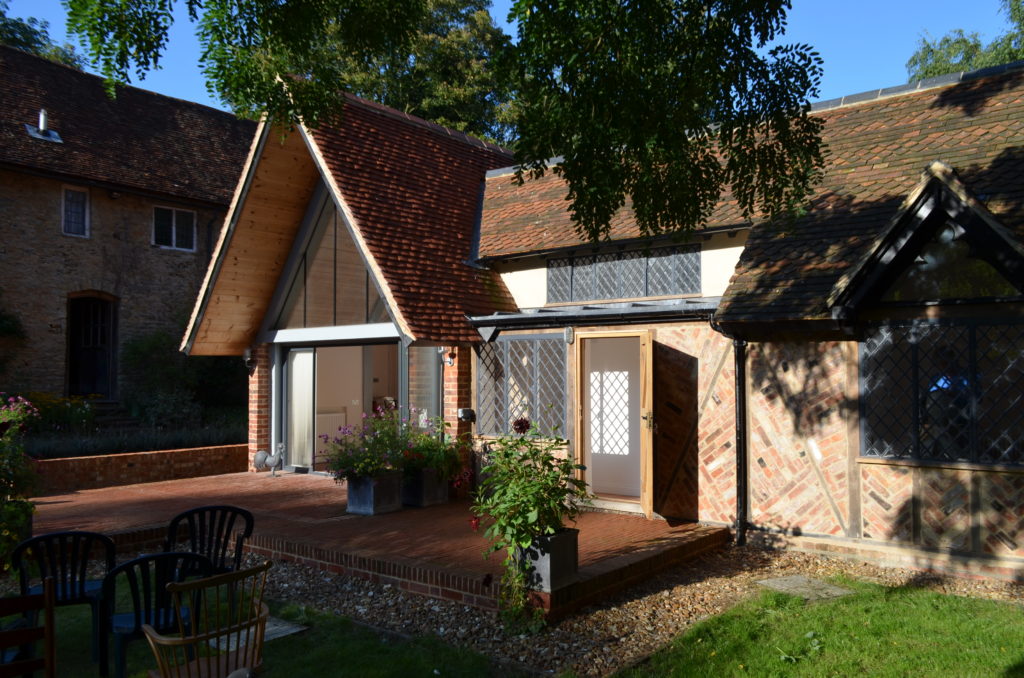 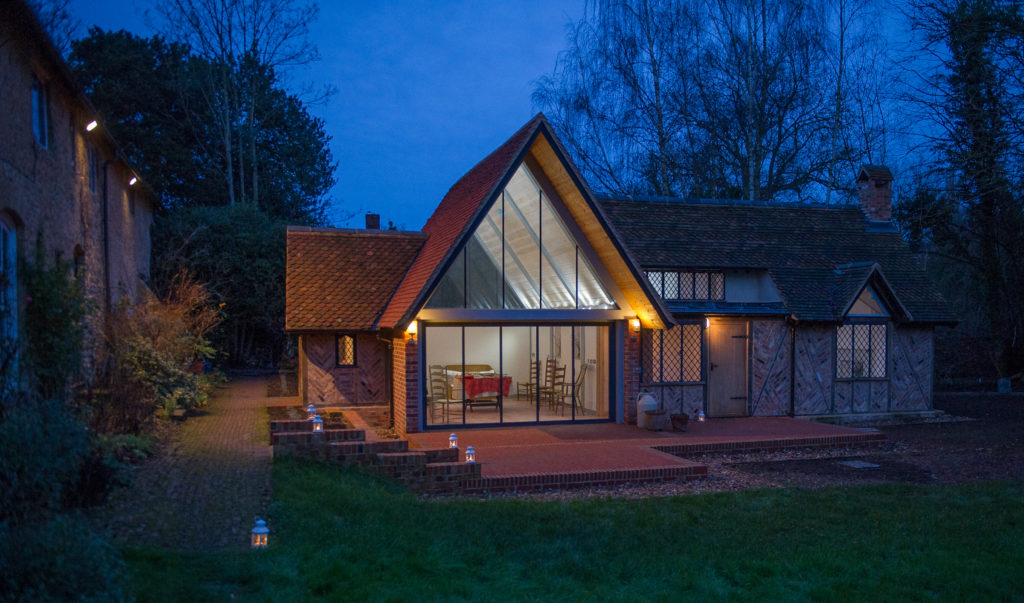 Unoccupied and unloved, over the next 25 years the building gradually decayed and eventually the main school rooms collapsed. The building was placed on English Heritage’s at risk register whilst the clients fruitlessly sought advice from a series of professionals.
When we were approached the brief was ‘can it be sorted out?’. Without a use it was up to us to bring a vision to what the building could be.

An approach was agreed with the conservation officer to record the building’s form and attempt to stabilise. In its precarious state this was done from above in a cherry picker.

Collapsed elements were unpicked until we were left with two separate structures with a large gap in the middle; the original porch and the south wing extension.
An agreement was then reached that the rebuild would be a contemporary interpretation of the original building, being of similar form and volume, and using comparable materials with modern detailing.

The completed building forms two spaces, one introspective original room and the other an open, outwardly focused vaulted space. The contemporary wing is of a simple construction. Two glulam trusses placed on columns at each end form large glazed elements. The roof then continues out into the garden, defining an outdoor space. The original parts of the building were upgraded both structurally and thermally to meet the current regulations. 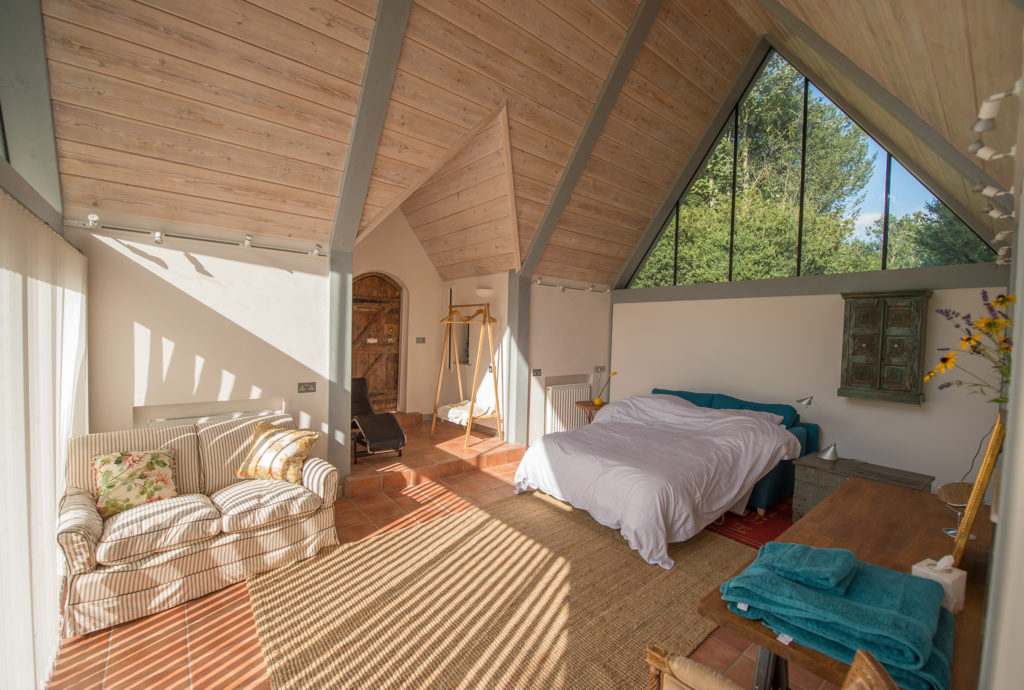 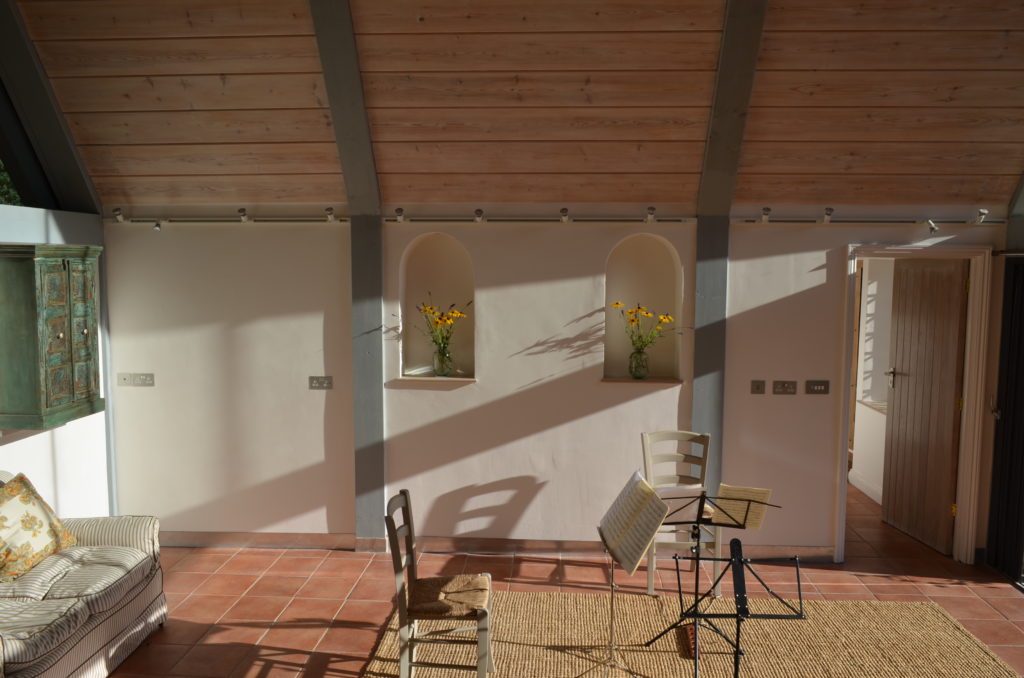 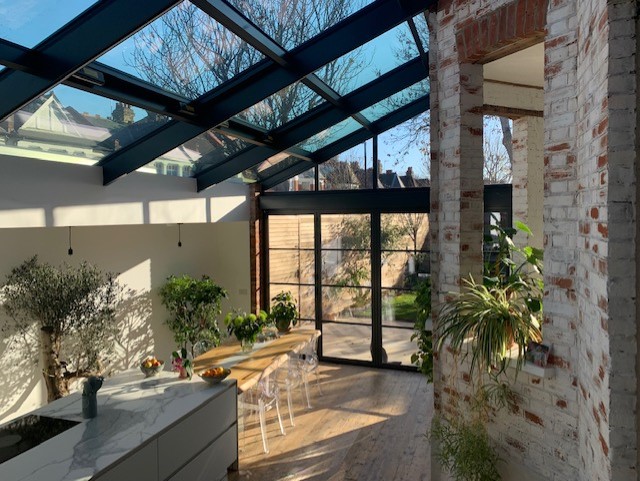 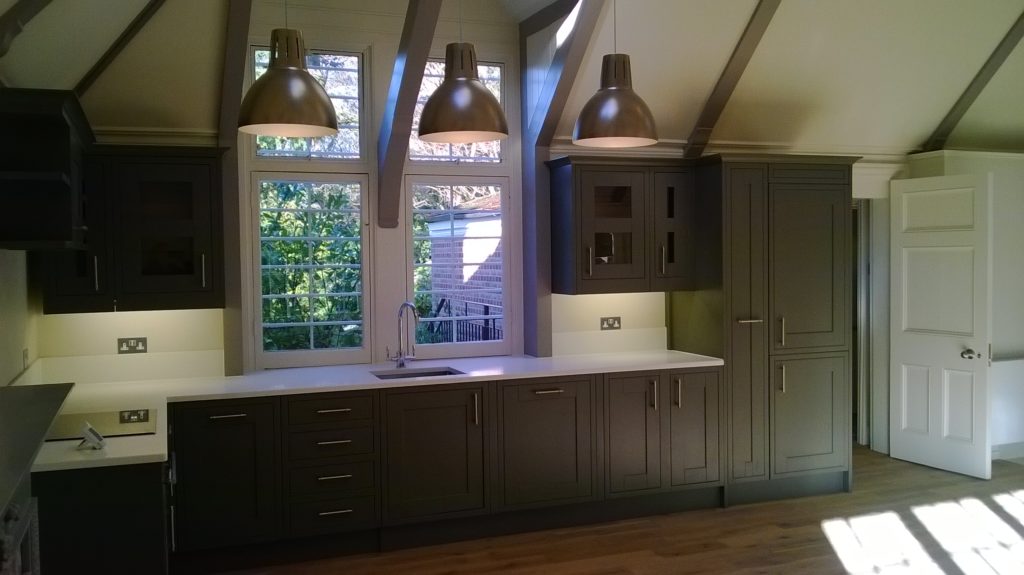 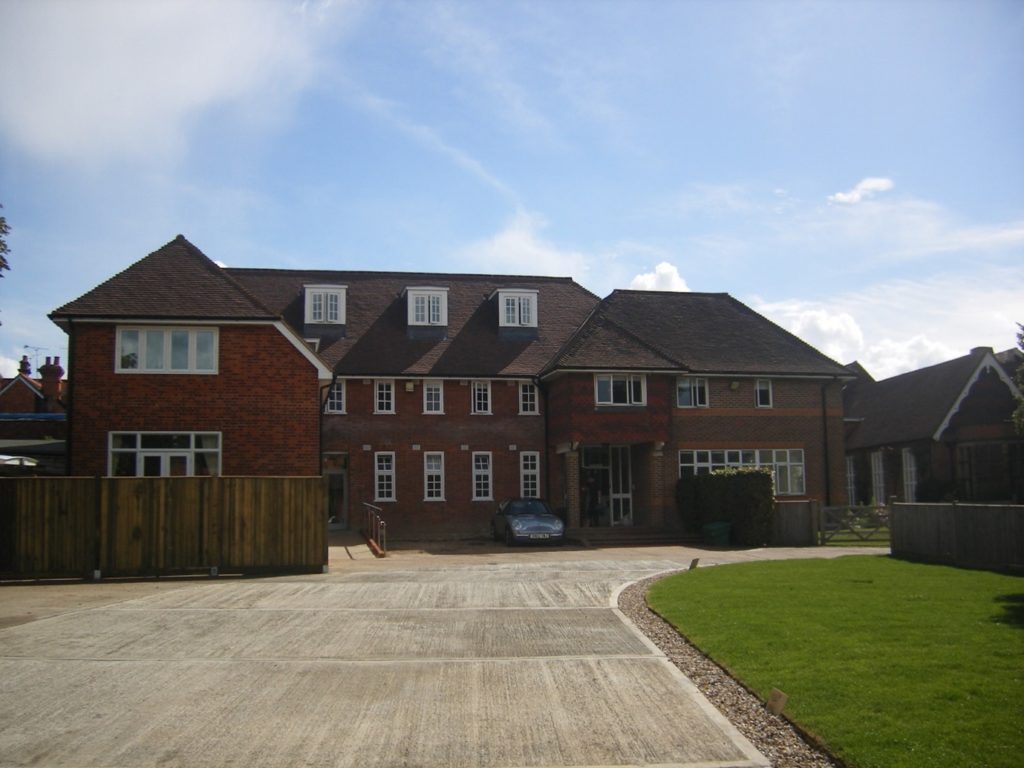