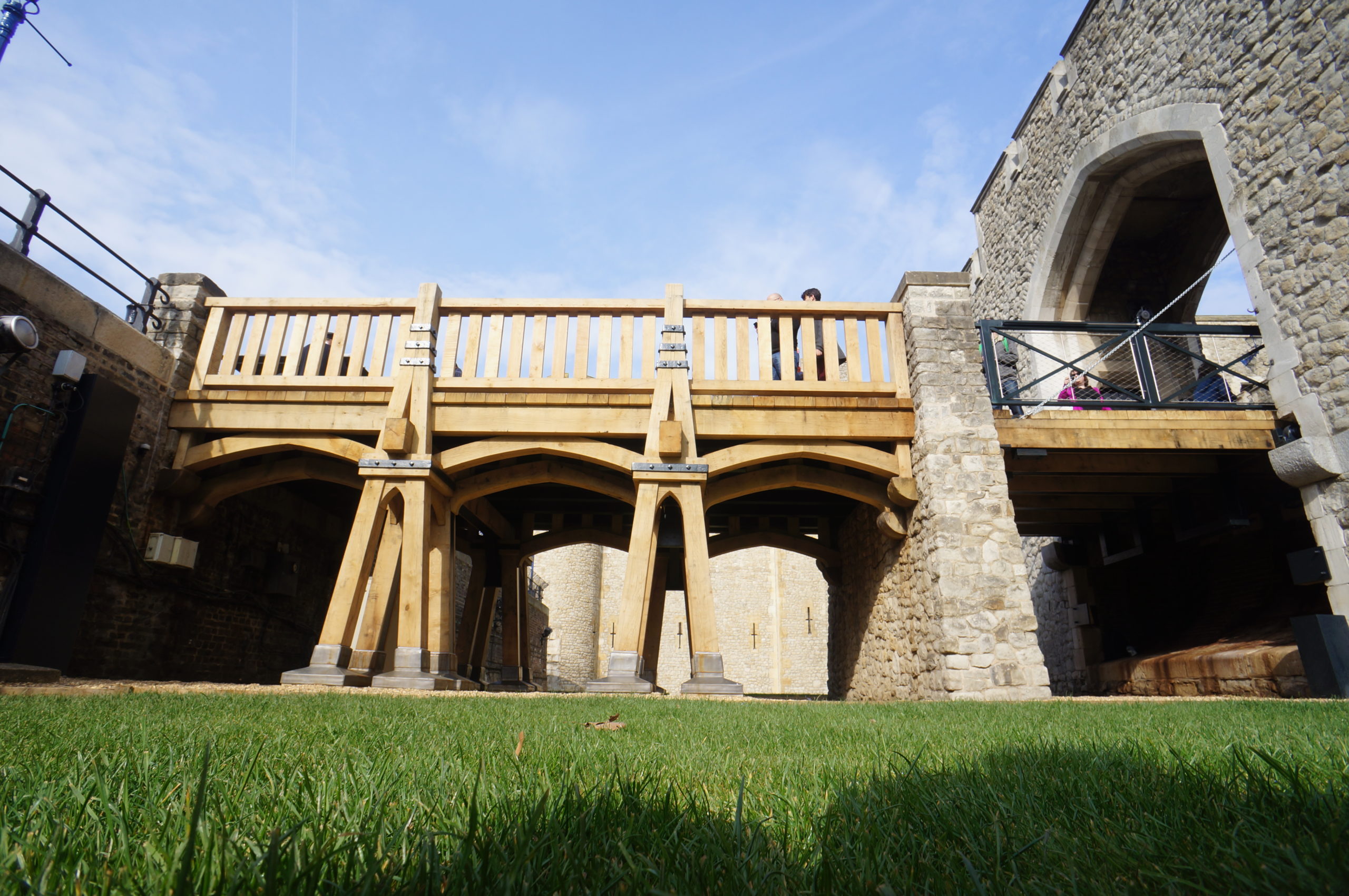 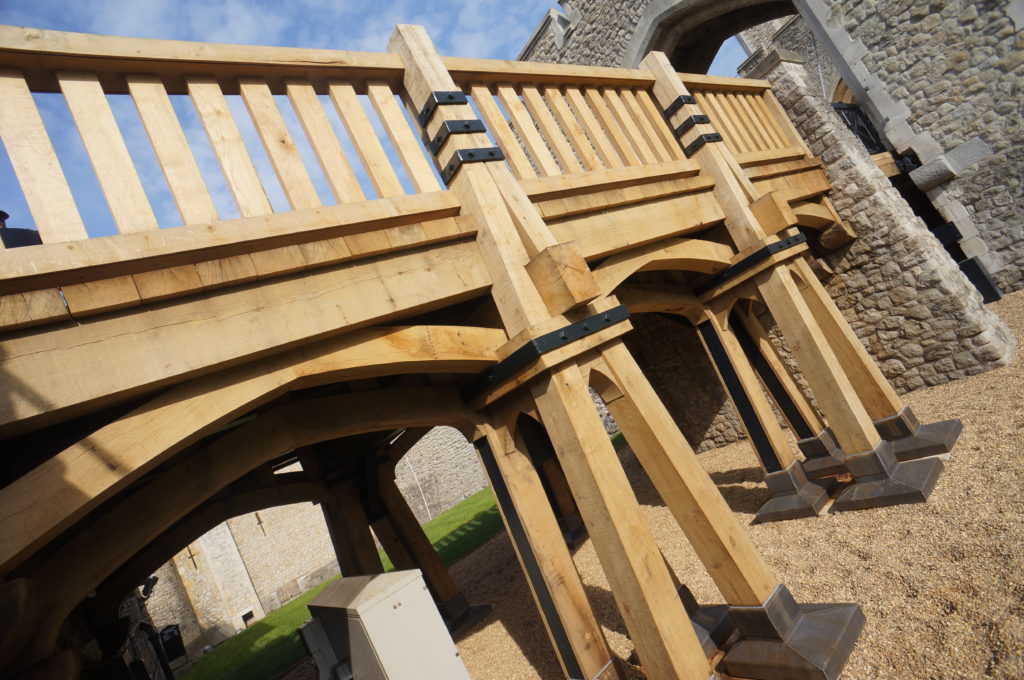 The project was to replace a fixed drawbridge into the Tower of London with a fully working bascule drawbridge, capable of taking vehicles including fire trucks.
The Tower of London is Grade I listed, a Scheduled Monument and a UNESCO World Heritage Site.

This entry to the Tower was created in 1834 and was used to transport munitions into the basement of the White Tower via a partially buried tramway. This original bridge was a functioning, opening, and closing drawbridge. This bridge was replaced in 1915 with another functioning drawbridge which reused the 19th century bascule in the outer curtain wall. The raising section of the bridge was removed in 1978 and replaced with a fixed section.
The new bridge was based upon the design of the 1915 bridge but the simple chain barrier which protected the sides of the opening section had to be improved to prevent visitors from falling into the moat and a system of gates were devised which when open formed the side protection to the lifting section, but when closed they form a barrier across the end of the fixed section of the bridge.
The drawbridge is only used occasionally, most recently in a ceremony to mark the reopening of the Tower following the lockdown in 2020. 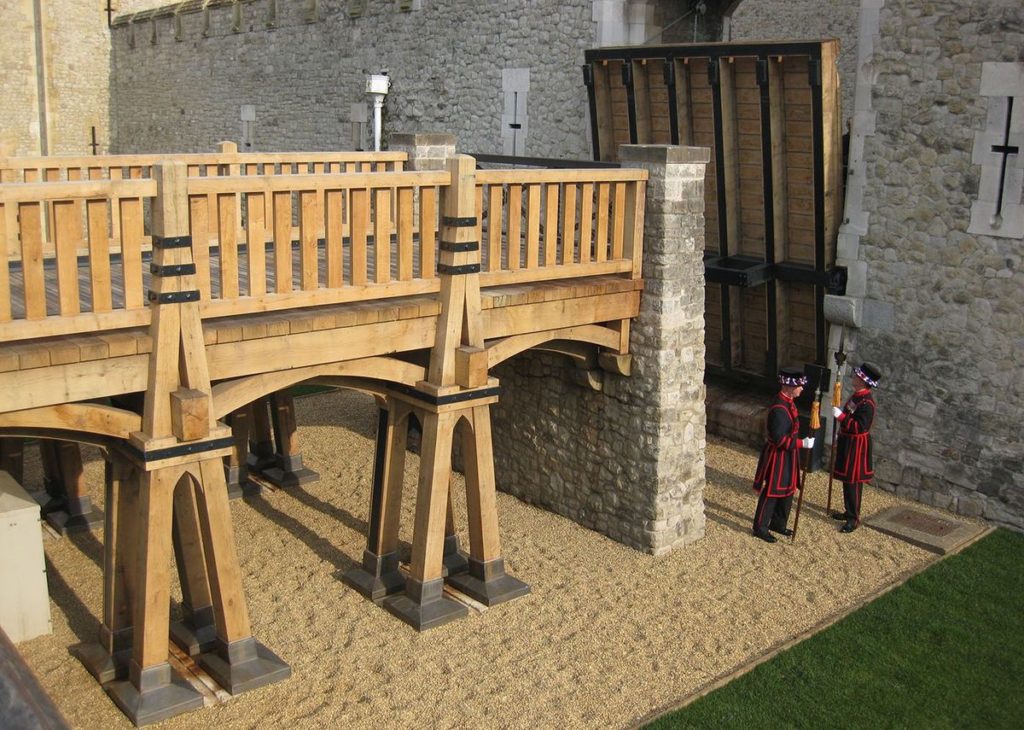 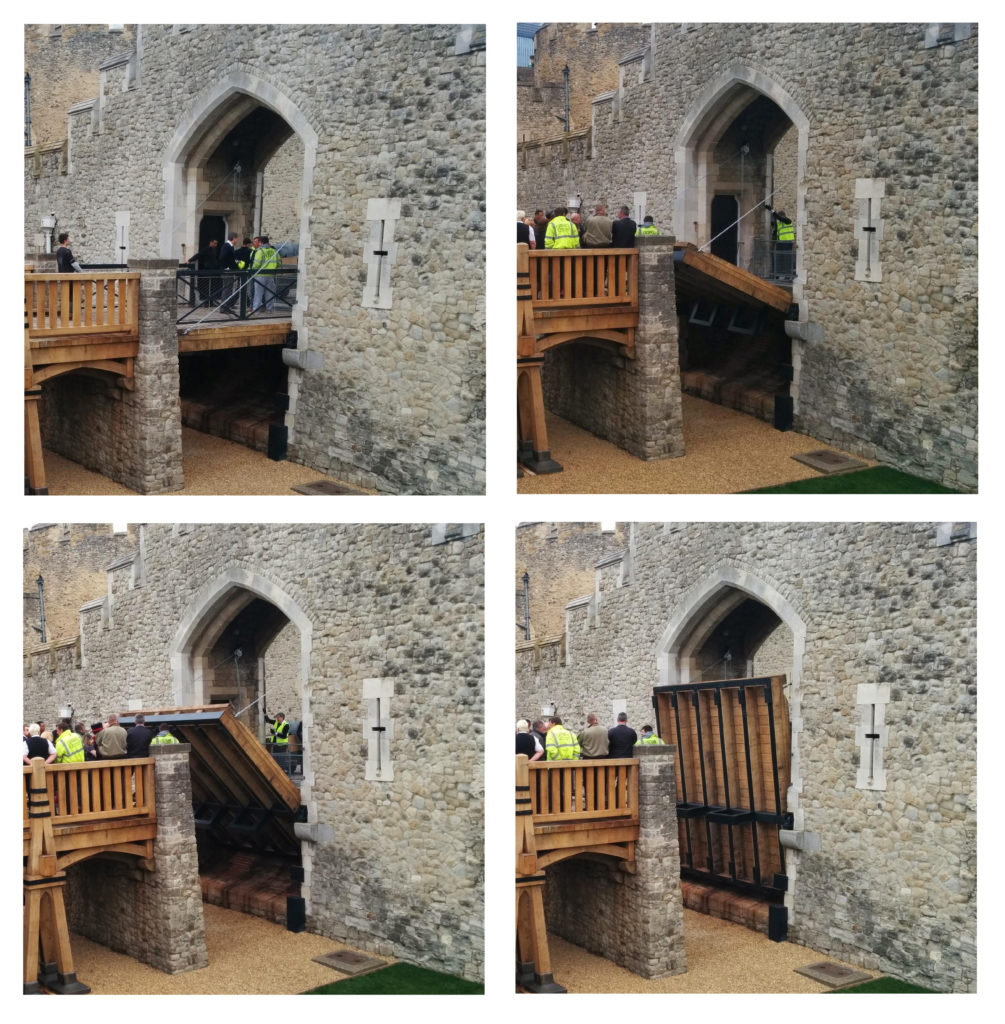